A summary of recent updates to Kalix.

Written by Claire
Updated over a week ago

We've just released an update containing a number of highly requested changes and improvements, with more coming really soon. We have also made many performance improvements to Kalix, making sure the program runs smoothly particularly at peak times. And we haven't forgotten Kalix's online client appointment scheduling functionality. It will be coming in early 2016.

We have released lots of new templates as part of Kalix's template library: 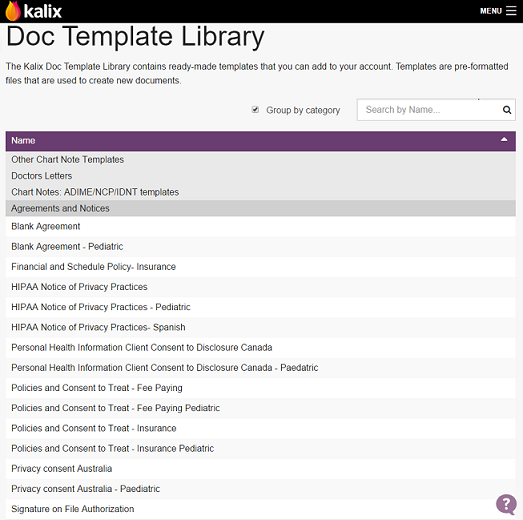 We have released a change to improve the notification around unsaved changes to documents and templates. The previous orange notification is gone. We have implemented a red panel as shown below:

More improvements around this coming soon.

Changes to the Appointment Calendar

Kalix now remembers your preference to see your calendar in Day, Week or Month view.

And we have added an additional checkbox for Doctors Letters to the Edit Appointment screen. Now you can check off that you have completed a doctors letter for a particular appointment.

Appointment Reminders: Kalix will now send out appointment reminders for appointments with a confirmed status (if the appointment is yet to happen).

Did this answer your question?